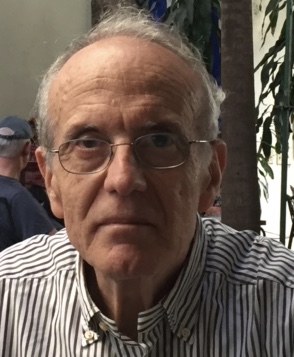 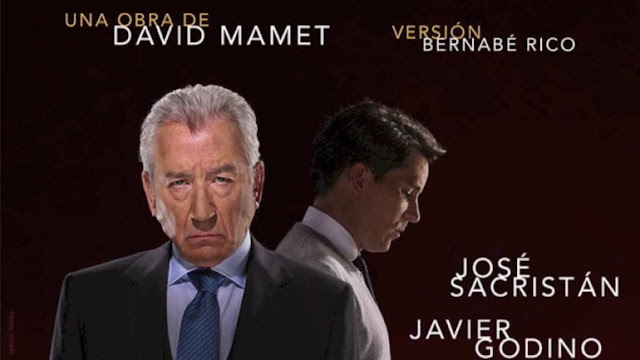 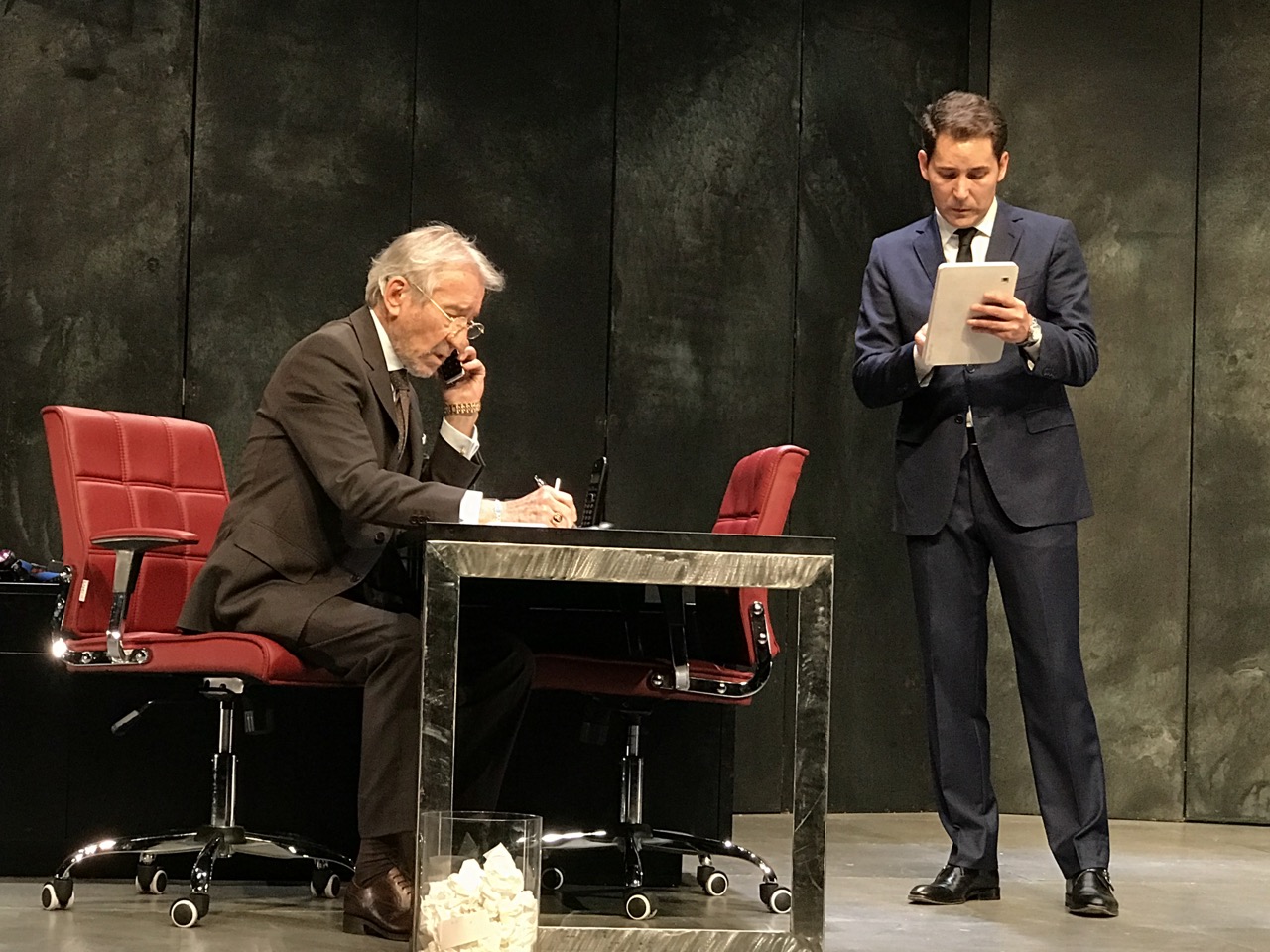 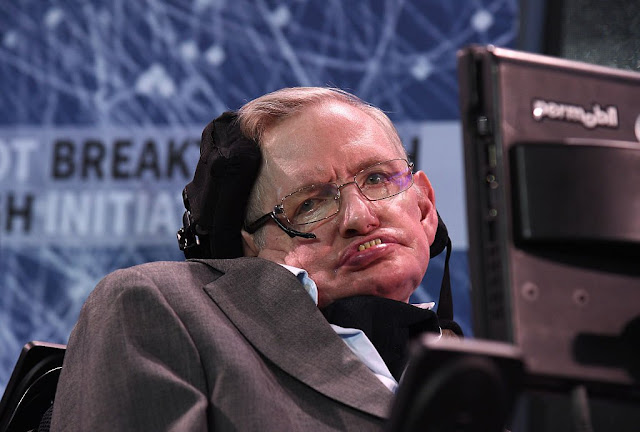 
This is the most dangerous time for our planet
Stephen Hawking

A
s a theoretical physicist based in Cambridge, I have lived my life in an extraordinarily privileged bubble. Cambridge is an unusual town, centred around one of the world’s great universities. Within that town, the scientific community that I became part of in my 20s is even more rarefied.

And within that scientific community, the small group of international theoretical physicists with whom I have spent my working life might sometimes be tempted to regard themselves as the pinnacle. In addition to this, with the celebrity that has come with my books, and the isolation imposed by my illness, I feel as though my ivory tower is getting taller.

So the recent apparent rejection of the elites in both America and Britain is surely aimed at me, as much as anyone. Whatever we might think about the decision by the British electorate to reject membership of the European Union and by the American public to embrace Donald Trump as their next president, there is no doubt in the minds of commentators that this was a cry of anger by people who felt they had been abandoned by their leaders.

It was, everyone seems to agree, the moment when the forgotten spoke, finding their voices to reject the advice and guidance of experts and the elite everywhere.

What matters now, far more than the victories by Brexit and Trump, is how the elites react

I am no exception to this rule. I warned before the Brexit vote that it would damage scientific research in Britain, that a vote to leave would be a step backward, and the electorate – or at least a sufficiently significant proportion of it – took no more notice of me than any of the other political leaders, trade unionists, artists, scientists, businessmen and celebrities who all gave the same unheeded advice to the rest of the country.

What matters now, far more than the choices made by these two electorates, is how the elites react. Should we, in turn, reject these votes as outpourings of crude populism that fail to take account of the facts, and attempt to circumvent or circumscribe the choices that they represent? I would argue that this would be a terrible mistake.

The concerns underlying these votes about the economic consequences of globalisation and accelerating technological change are absolutely understandable. The automation of factories has already decimated jobs in traditional manufacturing, and the rise of artificial intelligence is likely to extend this job destruction deep into the middle classes, with only the most caring, creative or supervisory roles remaining.

This in turn will accelerate the already widening economic inequality around the world. The internet and the platforms that it makes possible allow very small groups of individuals to make enormous profits while employing very few people. This is inevitable, it is progress, but it is also socially destructive.

We need to put this alongside the financial crash, which brought home to people that a very few individuals working in the financial sector can accrue huge rewards and that the rest of us underwrite that success and pick up the bill when their greed leads us astray. So taken together we are living in a world of widening, not diminishing, financial inequality, in which many people can see not just their standard of living, but their ability to earn a living at all, disappearing. It is no wonder then that they are searching for a new deal, which Trump and Brexit might have appeared to represent.

It is also the case that another unintended consequence of the global spread of the internet and social media is that the stark nature of these inequalities is far more apparent than it has been in the past. For me, the ability to use technology to communicate has been a liberating and positive experience. Without it, I would not have been able to continue working these many years past.

But it also means that the lives of the richest people in the most prosperous parts of the world are agonisingly visible to anyone, however poor, who has access to a phone. And since there are now more people with a telephone than access to clean water in sub-Saharan Africa, this will shortly mean nearly everyone on our increasingly crowded planet will not be able to escape the inequality.

The consequences of this are plain to see: the rural poor flock to cities, to shanty towns, driven by hope. And then often, finding that the Instagram nirvana is not available there, they seek it overseas, joining the ever greater numbers of economic migrants in search of a better life. These migrants in turn place new demands on the infrastructures and economies of the countries in which they arrive, undermining tolerance and further fuelling political populism.

For me, the really concerning aspect of this is that now, more than at any time in our history, our species needs to work together. We face awesome environmental challenges: climate change, food production, overpopulation, the decimation of other species, epidemic disease, acidification of the oceans.

Together, they are a reminder that we are at the most dangerous moment in the development of humanity. We now have the technology to destroy the planet on which we live, but have not yet developed the ability to escape it. Perhaps in a few hundred years, we will have established human colonies amid the stars, but right now we only have one planet, and we need to work together to protect it.

To do that, we need to break down, not build up, barriers within and between nations. If we are to stand a chance of doing that, the world’s leaders need to acknowledge that they have failed and are failing the many. With resources increasingly concentrated in the hands of a few, we are going to have to learn to share far more than at present.

With not only jobs but entire industries disappearing, we must help people to retrain for a new world and support them financially while they do so. If communities and economies cannot cope with current levels of migration, we must do more to encourage global development, as that is the only way that the migratory millions will be persuaded to seek their future at home.

We can do this, I am an enormous optimist for my species; but it will require the elites, from London to Harvard, from Cambridge to Hollywood, to learn the lessons of the past year. To learn above all a measure of humility.